Because of my post history in r/Binance I periodically get people that DM me asking about ways to recover their funds from Binance after Binance has dropped the KYC hammer on them. There are lots of reasons people can’t meet the KYC requirements, typically either they don’t have the docs that Binance asks for (an example, I kid you not: “What was the IP address you used when you first signed up?”) or they don’t want to give the docs to Binance on principal. (What jurisdiction are they in again? How many times have they been compromised? Can I trust them with my passport or other sensitive documents?)

I had yet another such discussion today with someone that had a significant amount of their money seized. So just a reminder folks – the “Up to 2 BTC, No KYC” claim is a lie. They frequently lock user funds and try to KYC you while transacting in volumes far less than that. When they lock your funds and KYC you for the first time they have no idea whether you are the person that opened the account or someone that just found your phone on a park bench.

I used to post on the r/Binance sub in response to users that had been locked out. I figured I could do some good, trying to encourage policy change so people wouldn’t lose their money anymore. Instead they blocked me from posting in support of such users. Conversation with the moderator: 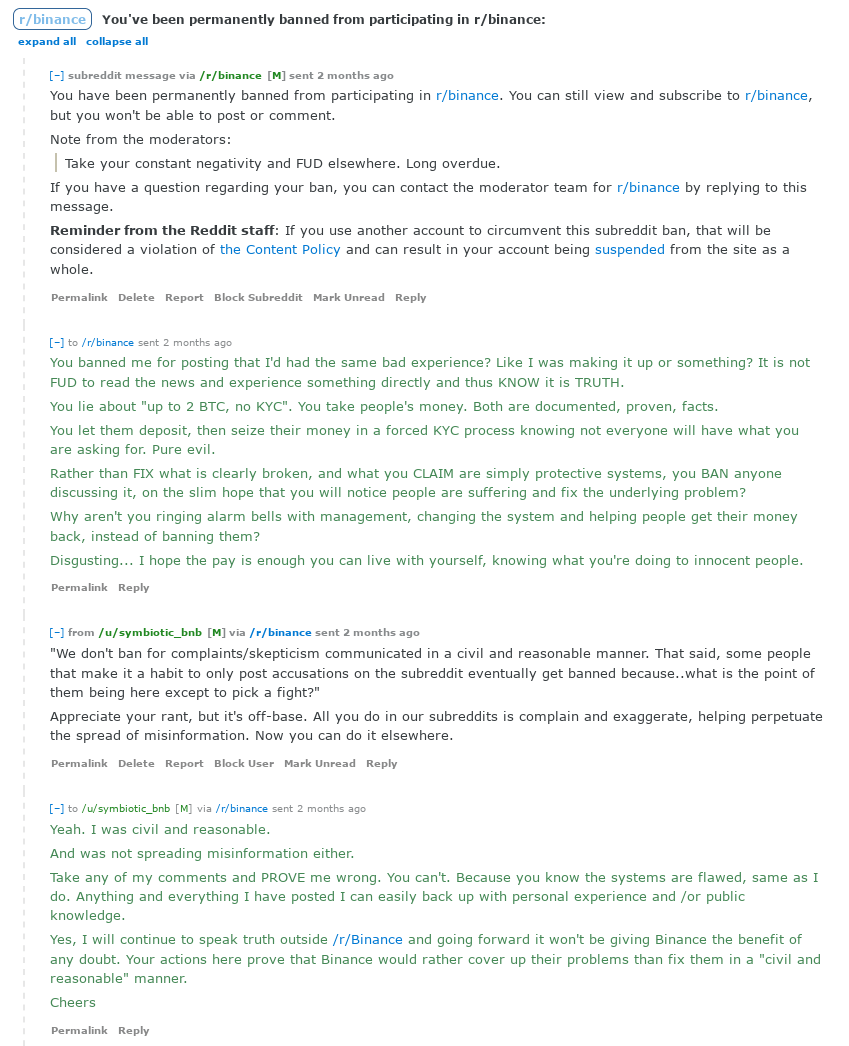 Binance policies and actions speak volumes – Be safe out there.